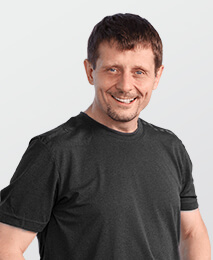 Get to know
Peter
Peter
President

Peter is Danish. He started 1902 Software Development in Manila in 1998 and has lived in the Philippines since then. Peter oversees the company's operations and sales. He speaks fluent Danish, English, and German. Well traveled and passionate about history and technology, Peter documents his experiences through photography. He runs everyday, an avid biker on weekends, and loves reading books on espionage, history, and war. Get to know
Paul
Paul
Vice President for Technical Operations

Paul is a highly skilled technical architect and has spent a career in the IT industry spanning two decades. He's been with 1902 Software Development for more than 16 years and has witnessed how 1902 works with clients year in and year out. Paul is known to most of his friends and colleagues as technology savvy, though not many are aware that he's an artist as well. He sings and composes music as a hobby, and is very much into photography. Get to know
Pam
Pam
Head of Talent & Culture

Pam takes care of human resources and communication at 1902 Software. She works to find technical talents and maintain good employee relations. Pam has been a hot yoga practitioner for years, a bookworm, and a big fan of surrealist novels. She was a former college instructor and has deep interest in academic research. She has a master's degree in Journalism and has completed academic subjects for PhD in Applied Linguistics. Riza is a graduate of Accountancy at Tarlac State University and has more than 15 years of experience in general and financial accounting. She oversees the company’s financial management and daily accounting operations. Down-to-earth and always jolly, Riza is a certified foodie and loves to cook for her family and friends. She collects cookbooks and experiments on various dishes. As a busy working mom, Riza multitasks as a tutor, mentor, and role model to her kids. Fritz is known to his colleagues for his profound technical expertise and highly analytical mind. He’s a Microsoft developer at heart, but has proficiently used a wide array of programming platforms and languages throughout his IT career. He is a Philippine Science High School alumnus and completed Computer Science from AMA University. Fritz is a hardcore gamer of strategic and RPG games, and an avid collector of cards and small war planes such as Tom Cat and the latest F-35. He also likes watching movies, dining out, and listening to alternative rock music. Inna manages the creative services of 1902. She graduated from DLSU College of St. Benilde with a degree in Multimedia Arts and is an experienced designer for print and web. She’s a huge music buff and dabbles in instrumental and experimental hip hop music production as a hobby. Inna enjoys out-of-town trips with friends and has traveled to different countries around Asia and the US. Europe is on top of her bucket list. Inna is also fond of TV shows with laid-back themes such as Friends and The Big Bang Theory. Ryan manages open source web projects at 1902 Software. Besides being a highly technical person, Ryan is also a multi-faceted guy of the arts. He can belt out a tune and has background in theater acting. He ventured into photography and played a lot of volleyball. Ryan is known to his colleagues as amicable, with his direct but relaxed management style. He's also the life of the party with his contagious sense of humor. Ryan is a devoted father to his three children. 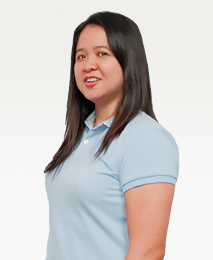 Kathleen Project Manager
Kath oversees WordPress projects and teams. She earned her degree in Computer Science from the University of the Philippines and has been a technical brain in web development for more than a decade. Soft-spoken and highly refined, Kath is valued by her colleagues for her calm and collected approach to project management, on top of her technical acuity. She’s passionate about updating herself with current programming techniques even when not at work. During her downtime, Kath enjoys watching feel-good, romantic-comedy movies. Close Jerome is a technical project manager and holds an interesting degree: Chemistry and Computer Engineering from Ateneo de Manila University. He has earned masters units in Computer Science from the same university. He's a voracious reader―with fantasy and science-based fiction topping the list of his favorite book genres. Besides being a movie buff who casually critiques films, Jerome is an avid fan of video games and interacts with fellow gamer enthusiasts. He loves to travel and has been in many places in and out of the country. To his colleagues who know him as a man of few words, Jun is a friendly guy whose mild temperament and good sense of humor create ease among his big team of webshop developers. Jun earned his Computer Science degree from the University of the Philippines Diliman, and has been in the IT industry for more than ten years. As project manager, Jun describes himself as his team’s principal, teacher, and guidance counselor all rolled into one. He loves writing and is into spectator sports of basketball and badminton. He likes reading sci-fi and mystery novels. 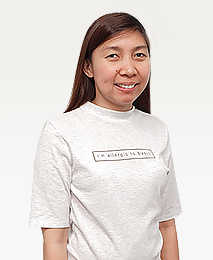 MK has been with 1902 Software for over 10 years and heads one of the Magento teams. She earned her bachelor’s degree in Computer Science from STI College, Meycauayan. MK is known for being meticulous on all projects and practices a straightforward, no-nonsense communication style. Her petite and fine ways are a sheer contrast to her strong and determined will, traits that endear her to clients and colleagues alike. At home, MK is a doting mom who enjoys watching YouTube videos with her daughter. She also spends her leisure time watching sci-fi and fantasy movies and, occasionally, interesting TV series on Netflix. 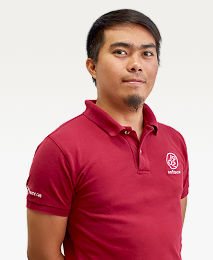 JC is one of the young bloods in our management team. JC is the kind of leader who keeps an eye on his team’s growth beyond their technical core skills. He is recognized by his teammates for having a balanced and methodical style as a Magento project manager. Outside work, JC is an avid fan of badminton. He’s been a member of badminton clubs in Manila and Laguna where he actively plays. He also enjoys playing mobile games. A gentle family man at heart, JC is immersed in his fatherhood journey and spends fun time with his family, including their cat and dog. 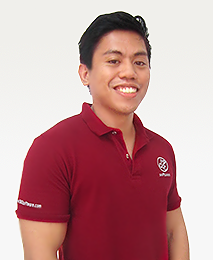 Eric has been with 1902 for over five years before he became a full-fledged Project Manager. He completed the degree, Information Technology, from De La Salle University Dasmarinas. When he was a developer, Eric was valued for his approachable and supportive nature, which became more evident when he stepped into his recent leadership role. Outside work, he is a powerlifter, actively competing and winning medals for his sport. Despite being a muscle man, Eric is actually a gentle and devoted father who enjoys spending time with his son, helping him with his schoolwork and playing games with him.